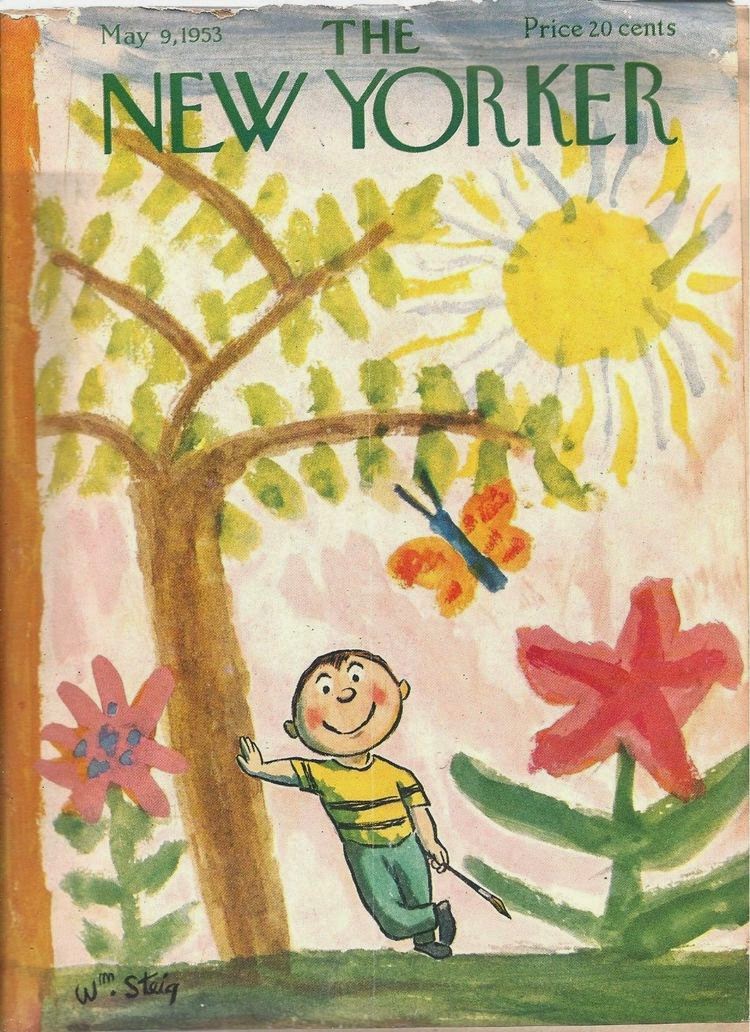 I’m just discovering William Steig. I didn’t read his books when I was a kid, because his books didn't gain popularity until the 70's. All I knew about him was that he wrote “Shrek”. But there’s definitely more to him than that.

Two favorites of mine are "Spinky Sulks" and "Doctor DeSoto". 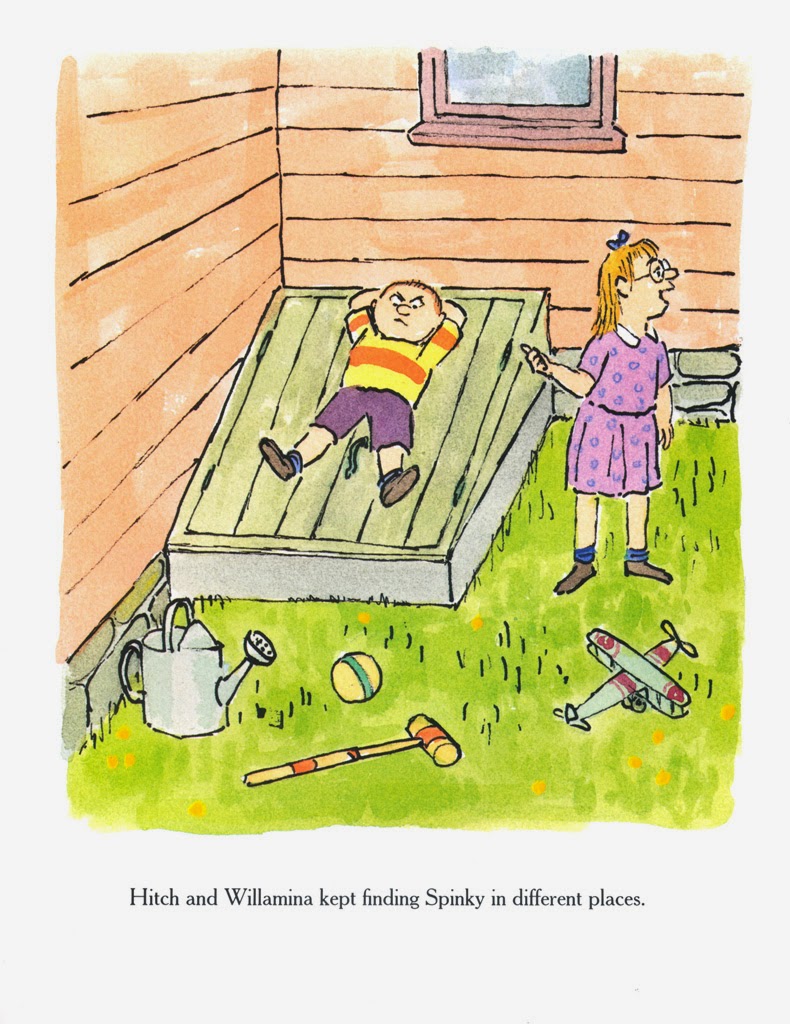 In "Spinky Sulks", he really captures the essence of a kid who feels the world is slighting him and decides to withdraw. I’ve read that some people don’t like the book because Spinky’s family bends over backwards to placate him. But hey, this is real life. Also, I think writers sometimes want to paint a picture of children at their best and we all know that isn’t childhood. As if to satisfy the readers who are annoyed, the ending has a rewarding (but not forced) conclusion.

In "Doctor DeSoto", I love the world that Steig creates: this dental practice belonging to the mouse DeSoto and his wife/assistant. Doctor DeSoto wants to help others, but he’s confronted with the fox who poses a threat to the dentist, yet needs his tooth extracted. I just love the soul searching, yet whimsical tone of the book. In the end, the fox is helped but the Doctor and his wife are safe from being eaten.

There’s something that reminds me of Roald Dahl with Steig. He admits that children have bad days, and that there’s whimsy and also danger in the world but things can be worked out. It’s something to aspire to as a writer (and illustrator).

Interesting facts about Steig: he didn’t start writing kids books until he was in his 60’s, he never graduated from college, and he was good at water polo.

There’s a great obit on Steig from the New Yorker that seems to distill his essence:

Another factoid about Steig: he hated public speaking. Here’s a letter he wrote after receiving the Caldecott in 1970 for “Sylvester and the Magic Pebble”:

http://www.lettersofnote.com/2010/06/id-rather-die-than-formally-address.html
Posted by cindy at 9:29 AM